The Past Lottery Results and Lotto Jackpots on the Rise

The year 2016 has ended and jackpots have continued to increase into 2017. Lottery players around the world have continued to play online lotto for their chance to win millions so as to make their fantasies a reality.

In the Superenalotto draw, last Saturday 7th January 2017 the set of numbers drawn up were 2, 8, 62, 79, 81, 88 and the bonus was 32. Since there were no lottery players who won the top prize, another €700K will be added in the next Superenalotto reward. If you have not bought your online lotto tickets, now is the time to play the Italian online lottery. Tonight’s draw will be offering a jackpot of a sensational €72.7 million. What would you do if you win the online lottery?

In the Mega Millions held on Friday 6th January, there were no lottery winners who won the jackpot of a breath-taking $117 million. The Mega lotto numerals that were picked were 6, 10, 44, 47, 54 and the bonus was 6. Over one million lottery players won small cash prizes that vary from the highest $25K to the lowest cash prize of just $1. You are still in time to play your online lottery ticket numbers for tonight’s mega jackpot that has risen to a mind-blowing $126 million.

In last Friday’s Lottery draw there were no lottery players who guessed all seven digits. The lotto machine 01 picked up the lottery numbers 10, 14, 18, 21, 49 and the star digits 9 and 11. Five lucky lotto winners got a share from €215,540. For all those lottery enthusiasts that believe in second chances, there were two ticket holders that won a guaranteed million, the codes were JMLL 45724 and JNLS 75534. You still have a chance to play the Euro Lotto online for tonight’s draw offering a jackpot of an overwhelming €45 million. What would you do if you won €45 million? 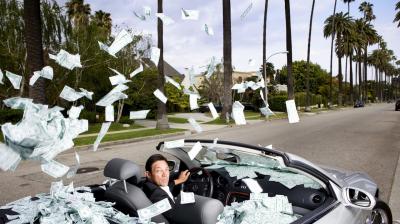 Would you buy a car or give all your winnings away?

In last Saturday’s Powerball draw there were no jackpot winners that guessed the five main digits which were 3, 12, 24, 37, 63 and the red bonus was 10. Over 554,229 lotto players across America won more than $4.9 million in cash prizes. There was one lucky lottery winner who won a whopping $1 million prize matching the five main numerals. The next Powerball jackpot rises to a jaw -dropping $106 million, you are still in the chance to buy your online lotto ticket for This Wednesday’s lotto draw.

There are many lotteries you can play online through Comparelotto for your chance to win the lottery some day and live the life the way you want in luxury. What would you do if you had all the money in the world?