Everyone wants a chance to win - even the rich and famous! The appeal of the lotto ticket is just too hard alluring to resist. Here are a few celebrities who admit that they played the lottery even after achieving wealth, fame and success.

From the X Factor and American Idol, Simon Cowell has a fortune of $550 million (£416 mill) but admitted that he still plays the UK National Lottery. He hinted that he has actually won a few prizes using his favourite set of numbers. Inspired by a dream he had, Mr Cowell is backing the Health Lottery to help thousands of people transform their lives for a better future.

Paris Hilton, whose great-grandfather is Conrad Hilton, the founder of the hotel chain, regularly tries her luck in the lottery. She is the star of a TV show called The Simple Life, a model and actress, Paris has a fortune of over a $100 million. Having so much money has not stopped her from trying her hand in the Italian National Lotto. In 2008, Ms Hilton bought 1,500 lotto coupons for SuperEnalotto, she said "If I won, I would donate 10 % to charity benefits."  How generous of Paris Hilton!

The famous actor George Clooney also tried his hand in the SuperEnalotto, buying 1,000 lotto tickets and saying “The jackpot is so high, so why not try?” He also said that if he hits the jackpot, he could donate the all the money to help Haiti’s Earthquake victims. 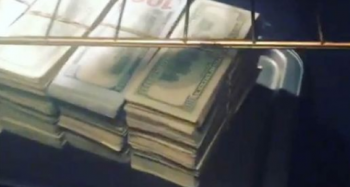 A Fortune in the oven

Stephen Colbert, the television host and comedian tweeted "Just bought a Mega Millions ticket at the deli. I'm pretty sure I'm gonna win, so I also bought 363 million bucks worth of yogurt." On his show he said he had a winning ticket, using a few lotto techniques shared by Richard Lustig, a lotto expert.

Damon Lindelof, the writer of the series Lost and Star Trek, is known to buy Mega Million tickets. Talking about his lotto playing, he said "I'd be kicking myself for the rest of my life if they (the Numbers) came in and I hadn't played them because I'm greedy like that." It was Damon’s idea to place the lottery in the Lost series where thousands of Americans who watched the show, betted the ‘Lost’ numbers.

An American rapper and actor, 50 Cent is also known to play the Powerball. He shared his disappointment with fans on social media coming so close to winning the lotto jackpot of a breath-taking $900 million. Of all the safest places in his apartment, he kept his money in the oven sharing this fact with the media, not caring who might have known. Let’s hope he does not burn the money…

How about a Politician playing the American lotto? The hopeful Presidential nominee, Hillary Clinton purchased a Powerball voucher for January’s jackpot of a jaw-dropping $1.5 billion. Clinton confirmed that like most Americans, she will be playing the Powerball. 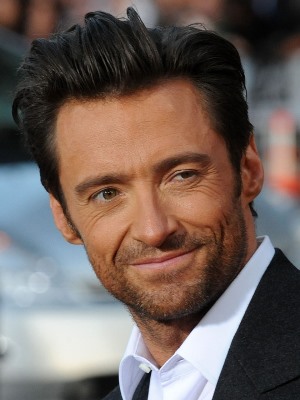 The Australian actor from the Wolverine films, Hugh Jackman has a tradition of buying US lottery receipts. While filming “Real Steel” in 2011 in Michigan, Jackman felt ashamed realising he did not know the names of half the crew members on the set. On a Friday afternoon, he decided he would buy 500 tickets and hand them out to his co-workers.

Another occasion where he did the same was on the film set of “Les Miserables”, purchasing £250 worth of tickets as a way to bring people together. Hugh Jackman has kept his Lotto tradition going for the last fifteen years. The biggest winner so far won $1,500!

Anyone can win the jackpot giving you hope of becoming multi-millionaires. Even the rich and famous try their hand to hit the top prize even though they already have millions stashed away. By betting on your personal set of numbers, who knows… you can go from zero in your bank account to the spectacular cheque with too many zeros to count.