Win a Fortune in a Game, Your Life Will Never Be the Same

Winning a lottery prize will surely change your lifestyle. On sleepless nights, picture yourself having the luxuries you always wanted, helping out others, future investments and so much more. An old saying goes “good things come to those who wait” especially letters sent or received. Below are two lottery winners who will get to have a fortune for the rest of their lives.

During the N.H. Fisher Cats baseball game, a Charlestown resident left the Northeast Delta Dental Stadium much richer. Thomas French was the top prize winner of $500 a week for life lottery.

The retired construction worker was one of eleven that were invited to the stadium. The finalists were given an envelope and were told to open them, each revealing the prizes they won.

Thomas French said “I was very surprised; it’s going to help out a lot. Figure I might travel a little bit; get some things I might enjoy. … I’m going to do a little bit of everything.” 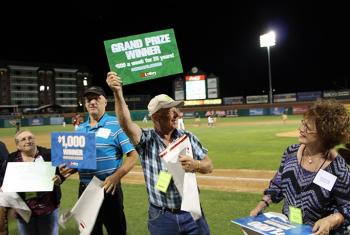 Thomas’s ticket was “a losing ticket” and like many lottery players they wrote contact details, sending their lost scratch-card tickets in time for a second chance drawing.

The Charlestown man said “I mail them in quite often. This is the first time I’ve ever been picked for a second chance.” He continues to add “I felt like I had a little luck on my side because I was part of the final drawing, but I never expected this to happen.”

Thomas said that he did not cash his prize yet and is excited what the future holds for him with endless possibilities to enjoy his retirement. He has considered taking a trip to Alaska, investing in a bigger truck and trailer.

When asked if French has any tips of winning a scratch ticket, he sais “It’s all a matter of luck. There’s no secret, we do it for fun.”

A Sleepless Night for a New Millionairess 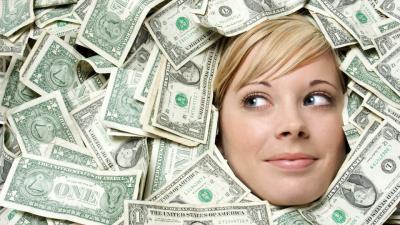 Sleepless nights, planning and thinking on what to spend the money?

A New South Wales Woman scooped a spectacular $10 million in Australia’s Powerball lottery. The multi-millionaire requested to remain anonymous due to the big win. A secret in a small town like Bogun Shire with a little over 3,000 inhabitants, may be harder than it seems to keep private.

After a sleepless night, the jubilant millionairess explained that she checked her ticket the night before and realised she had hit all the numbers.

“This doesn’t happen to me! I watched the draw last night and then sat down to check my ticket. I thought to myself no this can’t be – I’ve got this number, this number, and this one too… It felt so surreal when I realised I had all the winning numbers and I’d won Powerball!

With her newfound windfall, She plans to spend the money by settling her bills, revamp her house and help her family financially.

The owners of the stationer in Bogun Shire, Graham Jackson and Angela Smith were thrilled that they sold a winning ticket. “We’re so excited and there will be such a buzz around town once news spreads that we sold a $10 million winning Powerball ticket. We’d like to congratulate our division one winning customer and we wish them all the best in the future as a new multi-millionaire.”