Lotteries in Europe are recognised throughout the continent and around the world. It’s a leisurely way to gamble even though the chances of winning are one in a million. The government highly supports these legal events since public funds are also raked from them. People are observed to flock at lottery stations when they feel the odds of winning are particularly higher at that time or when the prize money is extravagant. Lotteries are now made easier to access through the convenience provided by the internet. People can now purchase tickets, place bets and view winning combinations through their respective online portals.

French Loto lets everyone purchase tickets online, even if they don’t live anywhere near France. This online lottery in Europe has built a solid reputation with their customers. Interested lottery players should sign up at their page and complete the necessary steps to fulfill their order. Once the order is completed, a representative will purchase the ticket on the client’s behalf. The scanned copy of the ticket will be sent to the client’s secured account, and he will be immediately contacted by the representative if he wins.

EuroMillions is one of the best lottery games in Europe. It also has one of the most competitive lotto prizes in the world. The jackpot prize is over £10 Million and it keeps on rising. EuroMillions encourages customers to register for a user account where the client chooses several numbers. He can then choose his draw date and play the European lottery. The system also lets the user save his favorite set of numbers after he has purchased a ticket. He can then play these numbers as often as he likes and any further events and notices regarding the draw will be sent to his e-mail. The draws are held every Tuesdays and Friday nights in Paris. EuroMillions provides an interactive online site for everyone who wants to play the lottery in Europe. The law requires players to be at least 16 years old and should be physically located in the UK or Isle of Man. 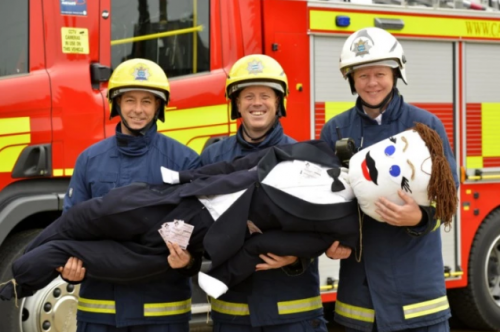 The FireFighters Lottery lets people play for a jackpot prize amounting to over £20,000. Tickets cost £1 each, and purchases can be made online as often as preferred. Registration through their online page is easy and free, and the draws are scheduled monthly. A part of the price of every ticket goes to the Fire Fighters Charity services and beneficiaries. This lottery in Europe provides financial aid to injured firefighters all over the UK.

One of the biggest lottery games in Europe is EuroJackpot. They have 16 participating countries and a Lottery Concierge Service. This lets non-residents of the participating countries take part in the game by having a representative purchase a ticket on their behalf. A player needs to pick five numbers from 1-50 and two numbers from 1-10 for a total of seven numbers. If the numbers match the draw on a Friday night, the player will be informed through the contact details they provided.

17 countries are eligible to participate in EuroJackpot, another transnational lottery in Europe that generates millions in cash prizes. The jackpot can start at €10 Million and can reach up to €90 Million. Each line costs €2 and can be purchased online, given that you register for an account. The player can choose 5 numbers out of 1-50 and two supplementary numbers from 1-10. There are 12 tiers of prizes, so there are bigger chances of winning than other online lotteries.

SuperEnalotto is one of the gaming companies that don’t limit their jackpot prize. This can reach astonishingly high amounts that can sometimes exceed €100 Million. SuperEnalotto is based in Italy, but interested players all over the world can participate online in this lottery in Europe. Players must match the six numbers that will be drawn every Tuesdays, Thursdays and Fridays to win the jackpot. There are also other SuperEnalotto prizes to be won in every game, which will depend on the player’s matching numbers.

La Primitiva is a Spanish lottery open to anyone who loves playing the lottery. Tickets are accessible through physical outlets and online. Before picking any 6 numbers, players outside Spain must first complete a few steps to sign up for a registered account in order to participate in this European lottery. Any given information will be kept safe and secure, and any winnings will be deposited directly to the players’ account.

Every Wednesday and Saturday night, the biggest national lottery game in Germany draws seven lucky numbers. The German Lotto has nine different prizes to be won, depending on the matching numbers and three other additional games. Matching the six winning numbers and the random superball can win the jackpot of more than €3 Million. They also have a Lottery Concierge Service that lets participants outside of Germany take part in the lottery in Europe.

The Finnish Lottery offers multi-million prizes in Euro every Sunday night. Previous prize tiers were removed to make the game simpler, but other variations were added for bonus prizes. The player should pick seven numbers between 1 and 39. These should match the seven numbers that will be drawn to win the jackpot prize. A €10 prize can be won by matching four numbers with the winning draw. Players can also pay an additional fee to pick another number. This additional number will be drawn and if a match is made, it doubles the amount the player can win in this European lottery. 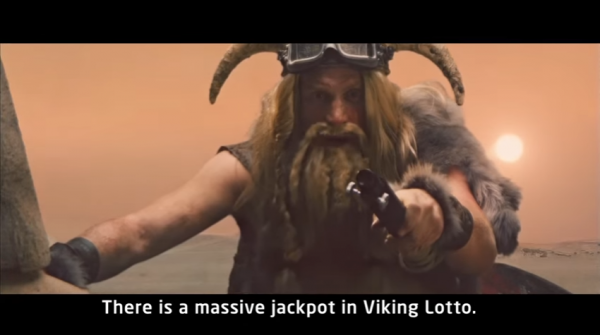 The Viking Lotto is a lottery game based in Finland. Only residents of Scandinavian countries could participate in the draws before, but entries from all over the world can now be made online to play the lottery in Europe. Each combination costs €2 in most countries. Players need to select 6 numbers between 1 and 48; this combination should match the numbers that will be randomly drawn every Wednesday evening. The jackpot prize is financed by a certain Euro amount, but the lower prizes are decided, depending on the winner’s location.

The government regulates the funds collected from private lotto and sweepstakes companies. They channel a part of the total revenue to charitable organizations throughout Europe. This includes the unclaimed prizes and any interest generated after every draw. Charitable funds are distributed to different sectors of the community such as housing, education, health and environmental projects. Every time someone purchases a lottery ticket for the hope of winning, he also contributes to the development of the community.